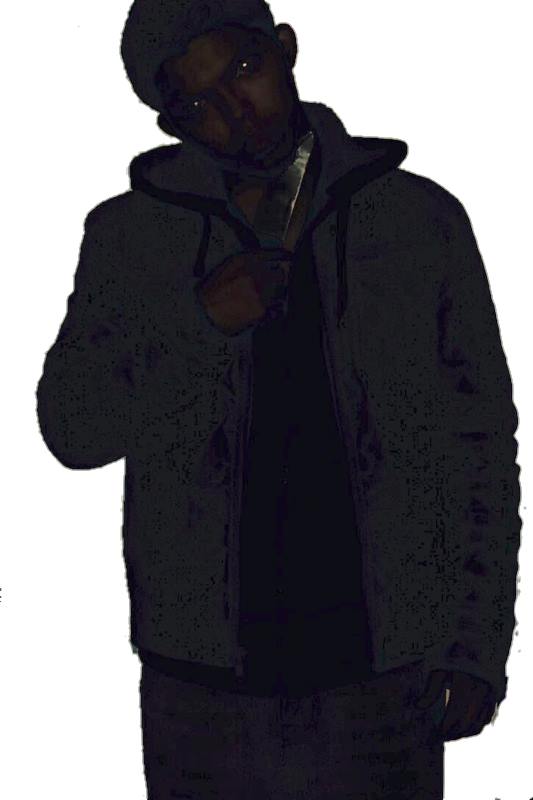 This is where our tragedy finally ends, for those of you who have stuck through all four sections. Let me know what you think in the comments. I had fun with my first piece of short/flash fiction and first horror story. I’ve actually submitted this piece as a whole to Transfer Magazine at San Francisco State University and there is a chance I can be published!

The scent of waffles and maple sausage saturated the air within kitchen in the old Winston home. The sizzle of the cast iron pan on high heat, the laughter of his children chasing each other around the table, the bell on the collar of their calico cat as she weaved under the table were abuzz. Alexander Winston came down dressed for work; a white collar shirt buttoned from top to bottom with the sleeves rolled to his elbows, black pants, and dress shoes.

“Daddy!” His daughter Emilie rushed to him first, and was followed swiftly by his son Stephan.

Alexander kneeled low enough to embrace his children, giving each of them a kiss on the forehead before going over to the sink. His wife, Abigail, turned to kiss him as well, but he failed to notice, too quick to help her wash the dishes and pans that she was done using. He then made the plates for all four of them as they took seats at the table.

They ate. They talked as a family. And when they were finished, Alexander led his children to the bus pulling up outside to take them to school, and his lover began to clear the table.

“I’ll be right back,” he said before stepping out the door.

Only the scent of dirt and rotting flesh found the man’s nose now, and he could only hear the sounds of his beating heart and his shovel digging into the earth as he buried the corpse of the woman he used to love. Even with the blisters upon his soft palms, and the sweat mixing with the dried blood upon his face, the man kept on, pouring shovels of dirt into the hole he’d dumped the body in. The moon did not come out tonight, too troubled by the events that transpired to make an appearance. Even the stars abandoned the sky, as if they could not longer bear to watch the sufferings of humanity. It was only the man, the fiend, the demon, outside the Winston home on this night. In the darkness of the treeline, crickets could be heard, but even their chips sounded like tears. A few owls made their presence known, high up in the trees along the sides of the dirt road that led to the house.

Half way done burying his wife, the man stood the shovel up by sticking it into the dirt and wiped the sweat from his brow. He stopped to examine the grave he was refilling, and the two shorter graves already buried next to it.

Alexander shook his head. “We can’t. I have work. The kids will be back at three. We just can’t.”

“Call in sick. Play hookie. Nobody has to know. It’ll be our little secret.”

“No…” Alexander pinched the bridge of his nose.

“It’s really not. I don’t want to argue this anymore. We can’t go.”

Abigail glared at him, and in a fit of rage she slammed a ceramic glass onto the kitchen floor, shattering it and spilling coffee everywhere.

“What the hell?” Alexander jumped up, just missing the blast of coffee to his work clothes.

“Exactly… what the hell…” Abigail shouted. “It’s always work. It’s always the kids. We never have time for us. We’re allowed to be people too. We can still be together.”

“But we’re not allowed to be carefree kids anymore. We lost that right when we brought two kids into this world.”

“We live as a family. Once the kids are gone then we can go back to being carefree and wild again but until then, they come first.” Alexander slammed his hand down onto the table, and once Abigail went silent, he adjusted his collar and let out a deep exhale. “I have work. I’ll be back around seven.”

The man found himself out of breath. His palms were on the verge of being painted in his own blood this time. His muscles ached with fatigue. And as he stared at the grave again, he could see that he still had more work to do. His corpse lover’s hand still stuck from the dirt, and her shoulder sat exposed on one side. The legs had yet to have any dirt thrown onto them. And he still needed to pack the dirt tight once he did finish covering her body.

But he stopped once the owls flew off and the crickets went silent, replaced by the ring of police sirens. Two cars came to a stop twenty yards from the man, their bright headlights blinding the man, but illuminating his blood-soaked figure to the cops who jumped out guns drawn.

“Alexander Winston… Get on your knees and put your hands behind your head. Do it now!” the cop ordered.

The gravel leading to his porch was soft under his feet. And each of the three steps gave welcoming creeks as he made his way up to the front door. Alexander stopped at the door. It was slightly ajar. He called out cautiously as he pushed inward.

There stood his wife, Abigail, facing away from him. She turned upon hearing his voice, and in her blood soaked hands she held a dripping kitchen knife. Alexander’s eyes opened wide, and he rushed to his wife, taking her by her arms.

“What happened? Are you alright?” he asked frantically.

“Im fine, my love. I’ve taken care of them. We are free now…” Abigail nodded, but her eyes stared through and past Alexander.

“What are you…” Alexander stepped back and turned his head towards the living room.

Lying on the ground, their shoulders pressed against each others, were his children. They lay in a puddle of their own, mixed blood. Stephan, his head turned away from his sister, bled from several wounds in his chest. Lacerations marked Emilie’s arms. She had put up the bigger fight. But in the end, Abigail’s knife had found it’s mark, the blade running across her throat.

Alexander dropped to his knees and died inside. His face went numb, and his limbs tingled. His entire body flushed with a burning flame that spread from his heart to the rest of his being. He couldn’t even scream, but tears welled in his eyes and poured when the dams broke.

“What’s wrong, my love?” Abigail trotted over. “You said we could go back to how things were once they were gone.” She placed a red painted hand on Alexander’s shoulder.

“After we loved and raised them into adulthood!” Alexander shucked off Abigails hand and stood. “How could you do this to your own children? To our children!” He brought his hands to his face and finally let out his scream. “You’re a monster! You were supposed to be their mother but you’re a monster!”

“What are you…” Alexander’s voice faltered and he spun on his heels, catching his balance on the table behind him. His eyes fell upon a mason jar filled with nails, four planks of wood, and an old carpenter’s hammer.

She had meant to make their tombstones and bury her children in the yard.

When Alexander caught his breath and could feel his legs again, he glanced over his shoulder, to Abigail standing there in her tiny white dress, and back to the table. His eyes grew darker. His heart beat with no vitality or life. His mind melted in his skull. He was no longer Alexander Winston.

With his eyes rolled into the back of his head, the man picked up the hammer, shook it in his hand twice, and then turned to face Abigail. Even with her distant eyes, Abigail could see his intentions. She opened her mouth briefly, but bolted as soon as the man stepped towards her. The man sprinted after her, jumping over the sofa, and followed her to the kitchen. Abigail darted behind the table, shrieking as she did, knowing the man was right on her tail. The man  flung the table to the side, knocking over cups and plates, and swung his hammer wide.

Abigail barely ducked the swing, and heard it smash through the cupboard where her head was just seconds before. “Help!” she screamed. “Please. Alex. Don’t.”

The man’s body was not his own. He was a man possessed. His wife’s pleas fell upon deaf ears, and he screams did not register to him when he snatched her by her long, blonde hair and dragged her towards the end of the room. Abigail swung her knife, but did so wildly and without aim, and the knife fell from her grasp when the man kicked open the door to the cellar and shoved her down the stairs. Her chin hit the first step. She tried to regain her footing when she rolled, but only ended up popping her ankle out of place and tumbling down the rest of the the steps and onto the cellar’s stone floor. Abigail tried to stand again, but the sharp, burning pain in her ankle did not allow her to. She was left waiting for the man to descend the stairs while she sat with her legs crossed besides her.

“Alexander? Please. I… I don’t know what happened to me. I don’t know why I… Oh god… What have I done?” Through her tears, Abigail gazed up to Alexander as his feet touched the cement. “Alexander?”

The man threw the hammer over head and ended her life with a single strike.

He could not see the faces of the police officers in front of him, only their silhouettes. And he could see them aiming down the sights of their guns. The man let out a deafening scream, feeling the weight of having lost everyone he loved. He gave one more look at the blinding headlights, ripped the shovel from the earth, and charged. He charged into the light, heard the gunfire, but felt nothing. He didn’t even know that he fell onto his back when the first shot hit him. In his mind, he was still charging at them and running into the light until his vision faded to black.