In the wake of the tragic news that Series 10 will be Peter Capaldi’s last, I am attempting to deal with the pain tearing me up from inside by speculating about the next incarnation of Time’s Champion. Jaden C. Kilmer and I (J.A. Prentice) will each be providing our three favorites for the role in an attempt to fill those seemingly un-fillable shoes.

He has the gravitas, the acting talent, and a voice that fits very well with how I picture the Doctor: mysterious, otherworldly. With Ejiofor, we could see a more reserved, calculating Doctor with just the right mix of compassion and danger. His performance in Serenity alone makes him perfect for the part and his resumé is stacked with incredible displays of acting talent.

The only difficulty, of course, is that he’s an acclaimed rising film star who is rumored to have already turned down the role back when Matt Smith was cast. Whether he’d do it is highly questionable, but I think if he did take the role, it’s certain he’d knock it out of the park.

Agent Carter was a wonderful, fun show that died too young. Conviction is less great, but still has an astounding performance from Atwell. It too, however, seems to be heading to that great five-dollar complete series DVD bargain bin in the sky. This leaves Atwell entirely free to take on a part she’s already said she wanted.

She could bring a sense of fun and energy to the role. If Ejiofor would be more the aloof McCoy-esque Doctor, Atwell would be the McGann/Pertwee-esque action hero, alive and driven by a sense of adventure. She has a presence that commands the screen and a great acting range, from Captain America to Black Mirror to Blood of the Daleks. (She, much like my last candidate, gets bonus points for having done Big Finish). Atwell would be an excellent contrast to Capaldi’s Doctor, as I think all the Doctors should be to their predecessors.

He can do witty, serious, cold, warm, dark – just about anything. I can see him as a more Sherlock Holmes-ish Doctor, combining a detached alien-ness with a deep sense of emotion and energy. There’s a Shakespearean quality to Vlahos’s performances (which is why I’m looking forward to Big Finish’s Hamlet with him in the lead) and I think that’s an essential element to the Doctor. A lot of lists focus too much on the quirk without paying attention to that need to communicate the deeper character underneath, the ancient Time Lord who has endured thousands of years.

Whoever the next Doctor is, I’ll miss Capaldi a great deal. But hopefully his successor will impress enough to numb that terrible pain.

Cillian Murphy is a man of many accents, he’s an Irishman playing an American in Inception, a Londoner in 28 Days Later, and a Midlander in Peaky Blinders, so despite not being English he can do whatever voice asked of him, David Tennant style, or stick with the natural (superior) Irish tilt. Certainly a distinguished and talented actor, Cillian Murphy has been in big name vehicles but has never been a big name himself. His career, though undoubtedly successful, lacks that one defining role. Doctor Who can be that role. His repertoire as an actor is eclectic, his track record a proven one, and he even looks a little alien. He’s got Matt Smith levels of cheekbone.

OK so this is the biggest instance of wishful thinking on our list, but this is our picks, not who we think will be picked by the BBC. But I should do a disclaimer as to why she will NOT be the next Doctor.

b) she’s probably the “hottest” actor on this list, including Ejiofor. Maslany is the only one here with a major award under her belt and will probably have a few dozen suitors for her next role 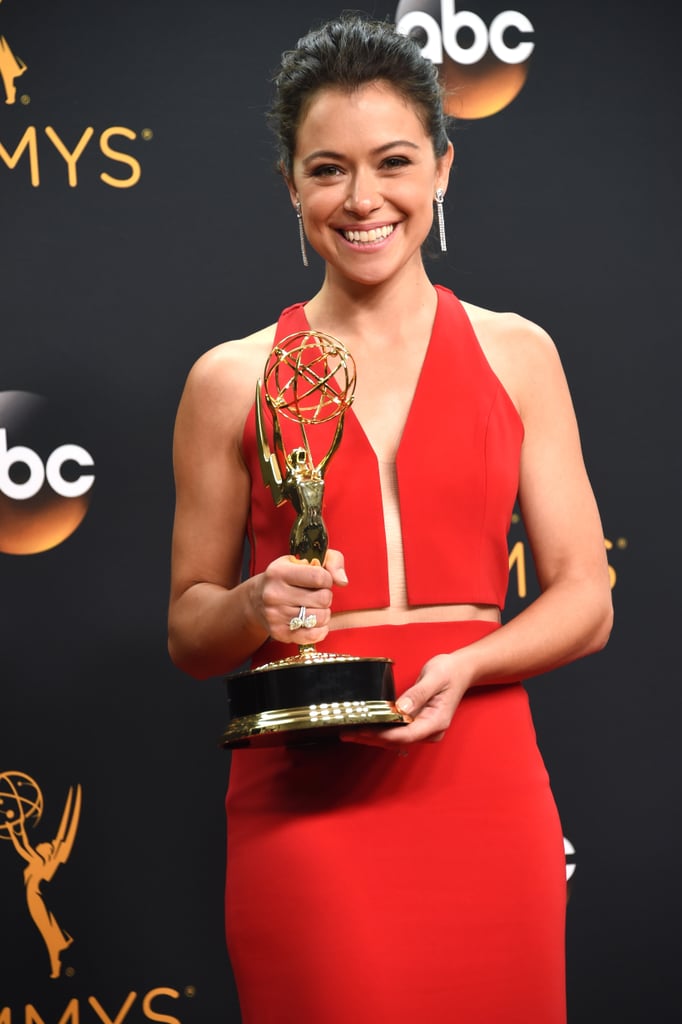 Having said that, holy shitballs is she good. Her versatility is amazing, her youth would provide a full heel turn from Capaldi’s persona, and like Murphy, she can do whatever accent asked of her. What makes me so excited at the thought of a Tatiana Maslany era of Doctor Who is the sheer possibilities that are opened up by her incredible range. Her skill would open up writing possibilities unavailable to lesser or more specialized actors, her popularity stateside will help Doctor Who advertise the new era stateside with an audience perhaps not as willing to accept the regeneration component to the show, and DID I MENTION HOW MINDBLOWINGLY GOOD SHE IS?

No, not Spiderman. Tom Hollander. This guy.

At a Naploeonic 5’5″, Tom Hollander would be the shortest actor to ever play the Doctor. But Tom Hollander has screen presence in spades, and as a 5’4″ guy, it would be nice to see us short guys in the limelight. I’ve also selected him because, of my three, I find him the most likely to get an audition with the BBC. The reason being, his career lines up nicely with that of other NewWho actors. Always a bridesmaid and never a bride, Tom Hollander’s biggest TV/Movie role came a decade ago, in a supporting role in Pirates of the Caribbean. He’s been mainly a supporting main when in front of a camera since, coincidentally showing up in many of my favorite movies- Hanna, About Time, Byzantium displaying great range and oozing with screen presence. Looking for a grumpy, gettin-real-sick-of-your-shit Doctor? Watch his About Time cameo. Want an eccentric, cane-twirling weirdo? Hanna. Want a wise, reserved and enlightened Doctor? Byzantium.

And more importantly, Hollander made his name in theatre. Every single New Who actor had their start in theatre, and I think it’s that sort of Shakespearean, Monologue-happy kind of actor that the BBC looks for first and foremost. It makes sense, as the Doctor is one of the few real “theatrical” characters left on TV. The sort of exaggerated performance and grandiosity required for the role is something a theatre veteran is uniquely cut out for.

Who will it be?

3 thoughts on “Doctor Who?”