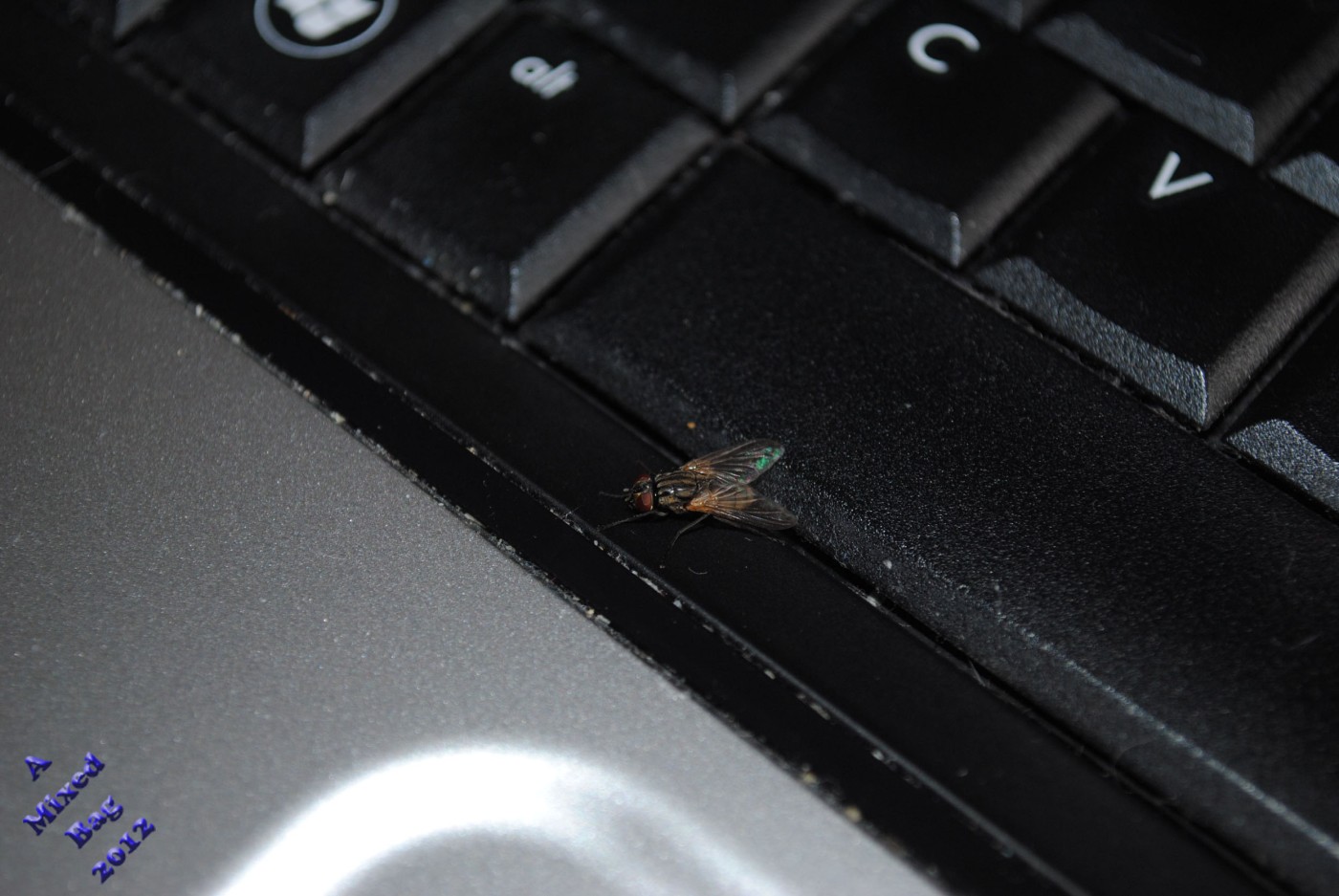 Thin legs twitching, the fly rested upon the keys, among the mountains of letters and the canyons between them. Its compound eyes reflected the figure of the man lying in the chair over and over, like funhouse mirrors: the slight separation of the breathless lips, the stillness of the closed eyes, the ragged, bloody bullet holes in the shirt.

Scarlet streaks crossed the black and white keys, blood scattered in a fury of typing as the wounded man tried to do what he needed to do before it was too late, before the wounds took their toll.

A soft ping echoed through the room that had become his tomb. The screen lit up – a notification, the first response to the email he’d sent out, sent to as many people as he could.

His death had been certain from the moment he had turned on his employers. The Agency a shadow in the night, a whisper in the wind, and its masters didn’t care to have light shone upon them.

They had tried to silence him, but he had made sure everyone would know the truth.

This is for Sunday Photo Fiction! Thanks to A Mixed Bag for the photo prompt!

22 thoughts on “Shine Light Upon the Shadows”