Welcome to LAS’s final Doctor Who Discussion of the series! Read on to find out what J.A. Prentice and Jaden C. Kilmer thought of the episode and the series as a whole.

There are SPOILERS ahead.

JA: That was my reaction too. Hopefully in the same way.

Jaden: Well, if you gave the last one a ten, I have no idea what you’re giving this one. At least not without breaking the scale.

Jaden: It’s the best finale since Big Bang. And possibly even better than that.

Jaden: I am not even going to contend that. It was masterful. THAT was the Doctor Who episode I never knew I wanted.

JA: I was kind of expecting a step down from the previous part, but no, that was just amazing.
Jaden: It makes me wish part one didn’t exist. But then this episode wouldn’t really make sense. You were right about your prediction last week btw. And I’m not even mad as I thought.
JA: The prediction about the regeneration leading into Christmas?
Jaden: Yeah.
JA: I’m so annoyed that the Doctor Who Facebook page spoiled the First Doctor bit last minute for me. Man, Moffat can’t keep anybody dead. Even Hartnell.
Jaden: Or Bill. That seems to be a point of contention on the internets, so maybe we should discuss it.
JA: The Bill resurrection was so well done it didn’t feel like a cheat. It felt like the natural end to her arc. The tear thing was genius set up.
Jaden: Agree about the set up being genius. I don’t think it was a Deus Ex Machina, like I’ve seen people say. One of my two (small) complaints is that I don’t really know *how* star girl was able to do that.
JA: I see your point, but the fairy tale lending Bill her tears bit was so great that I don’t even care about the actual logic behind it.
Jaden : #TangledDidItBetter #Barely
JA: That’s such a close call that I’m not going to make it.
Jaden: The other thing I’ve been seeing is it felt too similar to Clara for some people. Which I can see but to me this is like Moffat redoing Clara’s send off to get it “right”
JA: That’s what it felt like to me too.
Jaden: Yay we’re clones again.
JA: I’m glad that my frantic wishing for Moffat to end on a mutually agreed high note seems to be working out. Come on, Moffat. One more episode. You can do it.
Jaden: I have high hopes. I think Moffat has gotten the hang of pacing. He lost it for a bit there in the late Smith/early Capaldi days, but I think he’s learned to cut down the flash and rely more on his terrific dialogue And he’ll have ample time with the special like he had with this one.
JA: True. Plus, Bradley as Hartnell is great. So that will be good.
Jaden: That was jaw dropping for me. Because as I said last week I actively avoid Doctor Who news.
JA: I was trying to and then they just dumped a picture on Facebook at 8:00.
They couldn’t have held off two more hours?
Jaden: Britain doesn’t really understand the concept of different time zones in the same country.
JA: That might be it. America is too big.
Jaden: Says the guy from the nation that colonized 1/4 of the world.
JA: But we gave it back. Mostly. So back to the episode at hand…
Jaden: Maybe I should talk about Talalay now.
JA Is this the obligatory talking about how great Talalay is for ten minutes?
Jaden :Actually no.
JA: Is this the sudden but inevitable turning on Talalay?

Jaden: Not that either, but the references are appreciated. I forgot to mention last week I didn’t think she did a great job. She was doing this weird overdramatic zoom thing that bugged me. And the outside shots of the ship weren’t great.

JA: I think you did actually mention it now I think about it.
Jaden: In the comments. My other little complaint about this episode is that the cg heavy effects still weren’t great.
JA:  That’s kind of inevitable with a BBC budget, though.
Jaden: Well I think series 7-9 had better effects so it’s weird that it takes a step down now. As much as I dislike the dinosaur in Deep Breath that was some fantastic CG
JA: I think the effects have always varied between great and not so good. We just don’t notice the good ones as much. But it’s possible there were budget cuts.
Jaden: I think there were. And that wraps up my complaints and brings me to the Missy section of this conversation
*sobbing noises*
JA: That scene was both perfect and heartsbreaking. The fact the Doctor will never know she was coming back…
Jaden: *sobbing noises intensify*
He did leave it open to being retconned. I hope there’s some sort of mandate that that scene stays as is.
JA: I think it will inevitably be retconned, sadly. The Master is too much a part of Doctor Who to stay dead for good.
Jaden: My guess/hope is that Missy is still the last incarnation of the Master, but not the one that comes right after Simm.
JA: I think that would be a good way of preserving it as the Master’s final end.
Jaden: Otherwise we risk another Face The Raven situation. But with Moffat leaving at least he’s not going to retcon his own idea again.

JA: He’s got one more episode. But probably not. I think this is Moffat’s take on the Master’s fate. I was thinking she’d show up and heroically sacrifice herself, but that was actually better.

Jaden: It was. You get Missy’s tragic redemption plus Saxon’s pettiness getting the best of him. But it also ruins my conspiracy theory that Missy is the Doctor.

JA: Maybe the Doctor regenerates while thinking about her…
But probably not.
Jaden: Well I just don’t think that he’d be dickish enough to say “OK Chibnall, here you go, your doctor dies without any regeneration ability. Good luck writing around that.”
JA: She’s definitely the Master. No way around it. The dematerialization circuit scene proves it. Shout out to the prop designer for replicating the classic series dematerialization circuit exactly.
Jaden: Trying to think if there’s anything else to gush over or if we should go into speculation time.
JA: I’d like to gush about how Capaldi’s speech about Cybermen canonizes ALL the non-TV Cyberman stuff. Last week I was afraid he’d contradict the Big Finish story Spare Parts which is a Mondasian Cyberman origin. And now he’s canonized the World Shapers, a comic everyone has ignored since the 80’s.
And made everything work perfectly.
It’s the sort of continuity madness only a lunatic like me would attempt.
Jaden:
https://www.youtube.com/watch?v=IRsPheErBj8
JA: Only I and five other people care, but we care a lot, OK.
Apparently one of those five is Moffat.

Jaden: And Chibnall’s shadow creeps closer… OK so lets say the rumors are true and at the end of the special he regenerates into Kris Marshall. Your reaction?

JA: A shrug and a “Ok, guess I’ll deal with it.”
It’s just such an uninspiring choice.
Jaden: I guess that’d be my reaction too. They haven’t made a bad casting decision yet for the doctor though so I’ll trust them
JA: Counterpoint: Chibnall hasn’t been in charge yet. But I’ll give him the benefit of the doubt.

Jaden: And if it’s Hayley Atwell/whoever your top pick was?

JA: I jump up and down making squealing sounds and forgive Chibnall for all he’s done.

Jaden: I for one have changed my top pick from Tom Hollander to a different POTC Brit

Jaden: Jack Davenport. With Michelle Gomez out I need that family back in the show.

JA: Maybe it’s all a clever fake out and the next Doctor is David Bradley.
lol
Jaden: Somewhere, somehow, Moffat is furiously rewriting the christmas special which was already shot.

JA: I think it’s only shooting now, so he’s got a chance. I’m seriously impressed given all the other advertising mistakes that they haven’t announced the next Doctor yet.

Jaden: That was part of my now dead Missy is the Doctor theory.

JA: There’s a rumor going around that it’ll be Alexander Vlahos, who’s on my list.
But there are rumors it’ll be half a dozen other people, so…

Jaden: Though it may spark a war to annex Ireland before she takes over so it can still be a UK actor.

Wrap up time?
JA: Sure. You want to go first or should I?
Jaden: It’s an important decision. One of us gets the final word on the season. I say we play rock paper scissors
JA: That’s not actually possible.
Jaden: Yeah it is. I say paper.
JA: Rock.
Jaden:My plan worked. OK you first.

JA: This episode was incredible. We had a beautiful speech from Capaldi – “Who I am is where I stand. And where I stand is where I fall.” We had more Mondasian Cybermen, two Masters, and amazing continuity shout outs. This was the end for the Master and it was the only way it could ever end – their goodness being destroyed by their pettyness, an internal struggle made external by the conflict between the two Masters. Bill’s fate was well set up and beautifully linked back to the first episode. Even Nardole got a worthy send off, spending his life protecting the colonists. And that last scene… 11/10.

Jaden: Yeah what you said. A masterpiece of a script, beautiful performances, perfectly set up twists and turns and a gut-wrenching emotional centerpiece. It took its time, never lost itself in sci-fi mumbo-jumbo, and remembered that great doctor who stories are about characters, not gimmicks. The poetic tragedy of the Master/Missy’s end is one of the best scenes in Doctor Who history, and this is probably the best finale since the show’s revival. Just about perfect. I did not inexplicably give last episode a 10 and had two minor complaints so I feel OK with “disagreeing” and saying 10/10.

JA: Okay. Series time.
This series has never been bad, per se, with the lowest point being Lie of the Land, but it did suffer sometimes from being… Generic. The strength of the high points and the characters, plus the amazing note it ended on, made it a very positive experience for me. I’m not sure how I’d compare it to 9, since 9 had overall stronger stories, but 10 had better companions and a stronger finish. Overall, it’s a very strong series, one of Doctor Who’s best, and I’m very sorry to see Moffat go.

(Ill leave you in suspense have to duck out lol) 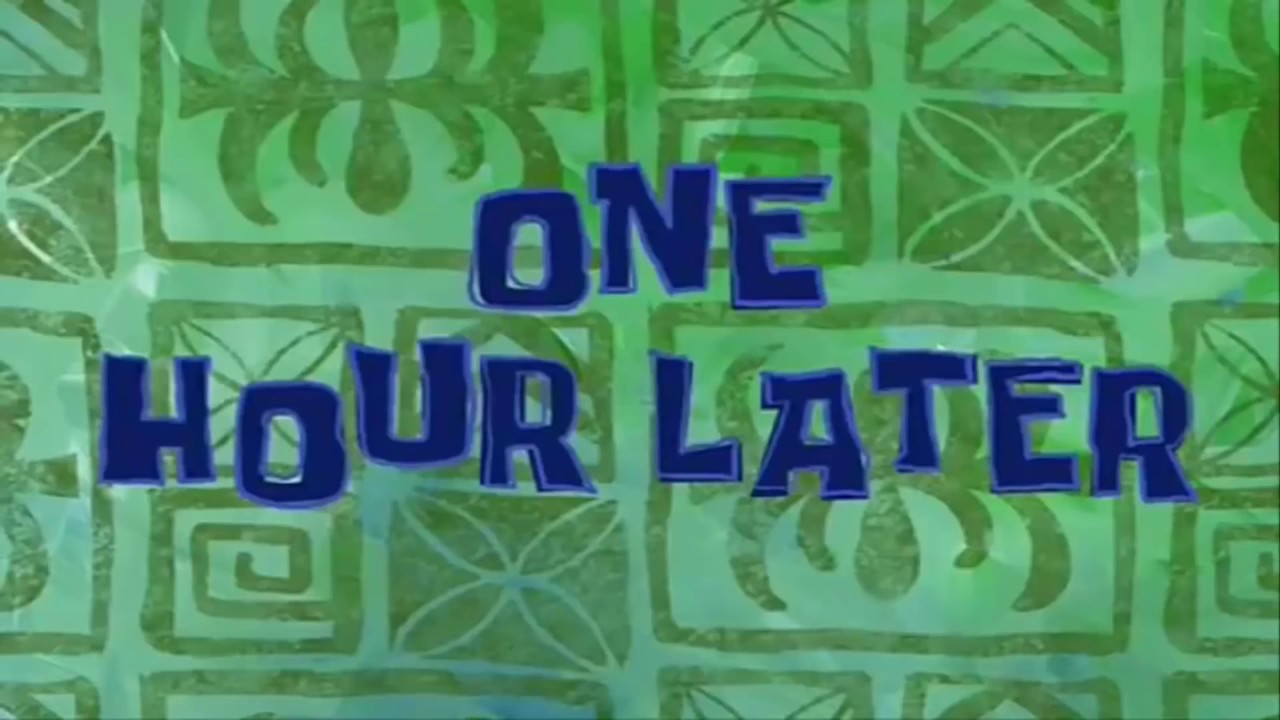 This series was truly Moffat and friends. There was no great story besides this one and Extremis, both written by him. Every other one was serviceable at best. Particularly disappointing was Sarah Dollard turning in an unremarkable episode filled with soapboxing and forced speeches, which set the tone for the first half of the series. It didn’t try very hard, and played things far too safe. The second half was marred by the monk trilogy, which started out brilliantly and then fizzled, and it’s clear that Moffat’s strengths are in individual episodes, not organizing a bunch of moving parts. This finale was frankly, better than the series deserved.