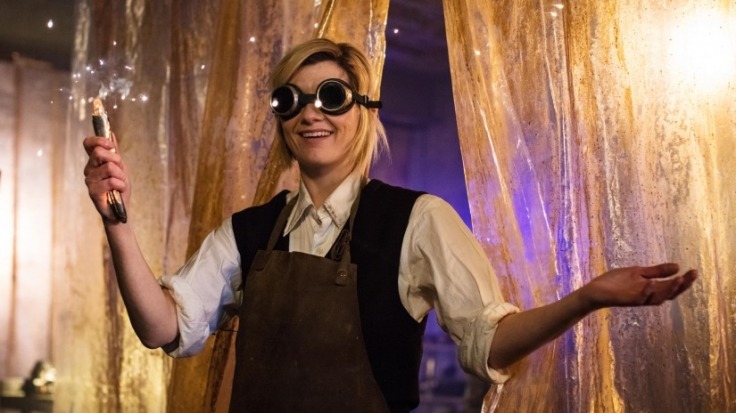 That’s because our Doctor Who discussions will shortly be regenerating into a more suitable form: the Podcast. We felt that the best way to proceed this series was to provide a brief “first impressions” overview post, followed by a more thorough discussion in our podcast, where you’ll get to hear our irritating off-topic meandering in our own irritating voices.

Until then, here’s our first impressions of the episode. For once, there are no major spoilers. Unless you’re Jaden C. Kilmer, who considers anything a spoiler.

Jaden C. Kilmer’s Take: Chibnall seems to be smartly playing to his strengths early on. The extended episode length and darker tone worked. Jodie Whittaker was a fantastic choice to play The Doctor. However, as good as Jodie was, none of the companions really stuck out.

J.A. Prentice’s Take: This was a strong introduction. All the companions were strong and well-developed, with a hint of Chibnall’s Broadchurch success in developing a cast of believable, diverse characters. I appreciated the small scale of the story – a few lives in danger rather than the whole world – and while the villain isn’t going to be one of the all-time greats, they still felt distinctive. There was a surprisingly dark edge to the episode. I’d been expecting more of a romp, so the body count and gruesome moments were unforeseen. I appreciated that, though. Often when Doctor Who goes for a romp it ends up not having enough substance to hold together.
Jodie Whittaker is the Doctor from the moment she shows up (even if she wasn’t so sure of that). There’s so much energy to her. She reminded me a bit of the Eighth Doctor – adventurous, clever, more traveller than lonely god, but not without a slight edge – which was what I’d been hoping for.
The new theme music is amazing. Very classic series with a modern touch. The only problem was those idiots at BBC America electing not to have it after the episode (and flooding their “simulcast” with so many commercial it must have been at least twenty minutes behind by the end).
I have to admit to liking The Eleventh Hour and Deep Breath better, though, and I still have the distinct feeling that the Chibnall Era of Doctor Who will be less to my tastes than the Moffat Era. But that’s OK. It’s still great and not every era of Doctor Who can be exactly the way I want it.