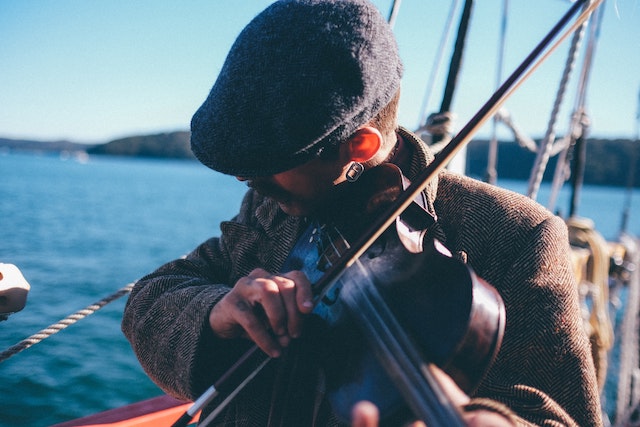 The fiddler played with a lifetime’s worth of skill (perhaps more), but there was a coldness to his notes and to his eyes, buried in the shadow of his cap.

The traveller looked out over the channel waters, dark as midnight, and to the far shore, hidden in mist.

He hoped the country waiting there was green and pleasant, but the coldness of the fiddler’s eyes told him it was not.

This is for Three Line Tales, Week 234. Thanks to Sonya for running the challenge and Calum MacAuley for providing the photo prompt!